Effective giving: how the world’s wealthy could help millions more people for free 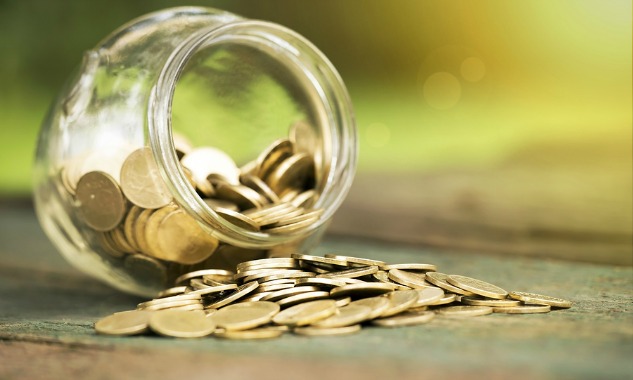 Last week easyJet founder Sir Stelios Haji-Ioannou pledged to give away half of his £2 billion fortune. He was inspired by Bill Gates to join the Giving Pledge, an organisation that encourages the world’s wealthiest people to publicly commit to giving at least half of their wealth to charity.

No less important than whether to join the Giving Pledge is which charities to give to once you have joined. Many well-intentioned charities fail to have any positive impact, and of those that do, some have far greater positive impact than others, per dollar received. People with money to donate must choose carefully if they want their giving to be cost-effective.

For example, dollar for dollar, some HIV/AIDS interventions produce 1,000 times the health benefit that others do. And while around $100,000 could be used to help two blind people by training their guide dogs, the same amount of money could prevent at least 1,000 people from suffering trachoma-induced blindness.

Such striking facts about the “cost-effectiveness landscape” are well-known to members of the Giving Pledge who have been keeping up with the Effective Altruism movement, like Bill and Melinda Gates or billionaire couple Cari Tuna and Dustin Moskovitz. Effective Altruism promotes the use of reason and evidence to work out how to help others the most with limited resources – be it time, money, or effort.

Joining the Giving Pledge does not require an individual to support any particular causes or organisations, but instead “encourages signatories to find their own unique ways to give that inspire them personally and benefit society”. Recently, New York Times’ David Brooks illustrated how fun it is to engage in heartwarming fantasies about how to use billions for good. But successful giving involves the head as well as the heart.

It is crucial that signatories take full advantage of the “opportunities to gather throughout the year to learn from experts about how best to leverage their philanthropy to address some of the world’s biggest challenges” that the Giving Pledge provides, and that they seek out the best available data and advice from independent charity evaluators such as GiveWell. Failing to do this may be both irrational and wrong.

Consider the following analogy. A runaway train is headed towards one child trapped on the north track. There is another runaway train headed towards three children trapped on the south track. You can place your arm on the north track and stop the first train from killing one child, or you can place it on the south track and stop the other train from killing three children. Either way, you will sacrifice an arm. There is no other way to stop either train, and you cannot stop both in time. All other things are equal – for example, all four children are strangers to you.

Even if it’s not wrong to decline placing your arm on either track, it would be wrong to sacrfice your arm to save only one child, when you have the opportunity to save three children.

Similarly with charity. Even if it is not morally wrong to decline giving away half of your fortune, it would be wrong to give it to some charities when it’s clear that by giving to others you would be helping substantially more people, and at no extra cost.

This conclusion is at odds with a fairly common assumption in the ethics of giving that, if it is permissible to keep some money for yourself, then it is also permissible to donate it to any charity you choose. In my recent research paper, I argue this assumption is false.

I am not arguing that it is always clear which charities will most effectively use your money – although often it is. Nor am I arguing that it is wrong to give to causes close to your heart over more cost-effective ones that aren’t. After all, not giving to your favourite cause in favour of one that will help many more people may come at a significant personal cost to you.

Investigating matters of cost-effectiveness can itself be an expense to consider. But surely it is worth signatories to the Giving Pledge subtracting a very small fraction of the sum they’re pledging and putting it towards working out how they could give in the most effective way? By doing this, they could dramatically multiply their money’s positive impact at no extra cost.

In addition to encouraging signatories to give as effectively as they can to their favourite causes, the Giving Pledge should consider providing them with the option of adding a clause about cost-effectiveness.

Those signing up to such an “Effective Giving Pledge” would publicly commit to giving away half their wealth to whichever organisations they believe would “most effectively use it to improve the lives of others, now and in the years to come”.

If billionaires took this pledge they would simultaneously become the wealthiest individuals to take the Giving What We Can Pledge, from which the clause above is quoted. An Effective Giving Pledge could supplement, rather than replace, the Giving Pledge.

Helping millions of people is good, but helping billions is much better.

This article was originally published on The Conversation. Read the original article.