Sponsored: Profit is not a ‘dirty word’ 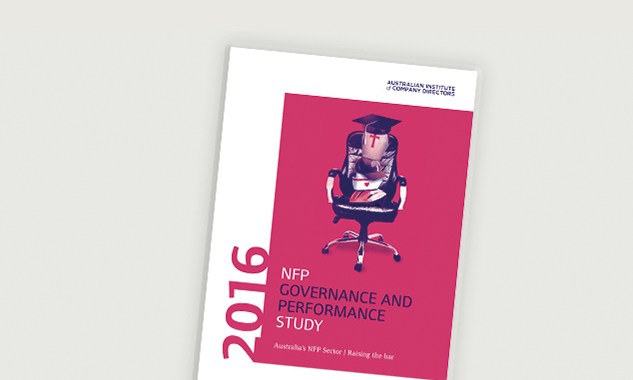 There is a long-standing perception that the not-for-profit sector is in a constant state of financial distress. This is not just a view that’s held by outsiders, but by members of the not-for-profit community themselves. The Australian Institute of Company Directors’ (AICD) annual Governance and Performance Study, now in its seventh year, has consistently found that directors in the sector perceive financial sustainability, diversifying income source and managing expenses as among their biggest challenges.

The recently released 2016 AICD study, entitled Raising the Bar, found that there is considerable misunderstanding among NFP directors about the part that profit plays in strengthening organisations so that they can deliver on their mission well into the future.

“If we made a profit, we would have to give the money back,” said one director in the focus groups that the AICD held with NFP directors. “It is my understanding that it’s illegal to make a profit,” said another.

There is an idea that if NFPs do make a profit they are somehow shifting resources away from their mission. The reality is the opposite: profit is essential if NFPs are to keep delivering on their goals over the long-term. It is a view that is also held by one of the most important regulators for the sector.

“Profit is not a dirty word. Robust charities need to make a profit and re-invest for sustainability,” Susan Pascoe, head of the Australian Charities and Not-for-Profits Commission, told an audience of sector leaders at the launch of this year’s study.

NFPs can and do make profits. But an NFP’s profit is retained by the organisation and applied to achieving its mission, rather than distributed to individuals for their private benefit. In some sectors, such as childcare, NFPs are able to, and do make significant profits, sometimes exceeding 25 per cent.

What’s the right level of profit?

Admittedly the appropriate level of profit for any particular NFP can be hard to determine. And in fields such as human services it can be wrenching to see beneficiaries miss out on services in the short-term to enable the long-term survival of the service provider. But it is a question that it is vital for responsibly NFP boards to address.

The right profit margin for an organisation will depend on a range of factors such as stage of development, operating environment and the organisation’s specific goals. NFPs working in complex and uncertain environments will require more profit to offset risk, as will those with ambition to grow.

In the life of an NFP, there will also be times when things are good, times of stability, and for some, the time may come when it is best to wind up. NFPs can survive a loss in a single year, or even for a few years, but unless they have a reliable benefactor, over the long-term they must make a profit to survive.

What this data indicates is that although some NFPs are making a profit, the profit is often insufficient for long-term survival. If the trend continues, some organisations (at least a third) may soon be in financial distress.

NFPs are critically important for Australian society. They deliver services to some of the most vulnerable members of our community. They repair tears in the social fabric. They bind together diverse groups of people around good causes. But to continue play this vital role, they need to be financially strong. Ultimately profit in the NFP sector should not be a dirty word because when NFPs profit, all of society benefits.