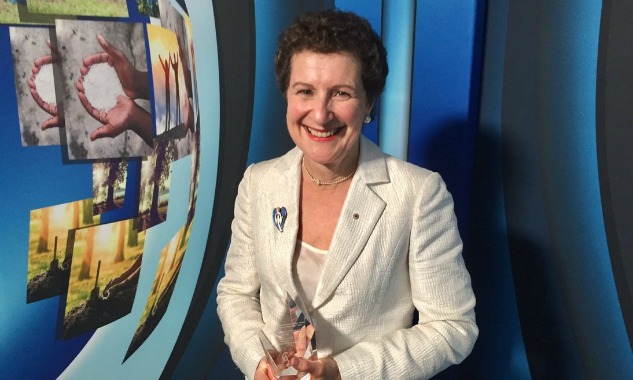 Pascoe was announced as the winner of the Outstanding Contribution in Public Administration Award, presented by Chartered Accountants Australia and New Zealand (CAANZ), in Canberra on 24 November 2016.

Pascoe said she was surprised, and extremely proud, to receive the award.

“It truly is an honour to be recognised as a leader within this sector.

“I would like to thank CAANZ and the judging panel for acknowledging the contribution of many public administrators over a number of years.”

Pascoe said that it is “humbling” to be considered a leader by the judging panel.

“I would also like to acknowledge the Australian Government’s support of the ACNC, and of course, my colleagues at the ACNC,” she said.

“This award is a reflection of the hard work and dedication of my colleagues at the ACNC, and I represented them at the award ceremony with great pride.”

“I am delighted that Susan Pascoe’s exceptional leadership of the ACNC has been acknowledged by this prestigious award,” Stuart said.

“Over the last five years Susan and her team have established a world class charity regulator committed to supporting a sustainable and innovative not-for-profit sector, tackling abuse, and cutting red tape.”

Her earlier career was in education where she participated in state, national and international efforts to improve the quality and equity of school education. She also served as President of the Australian College of Educators, CEO of the Victorian Curriculum and Assessment Authority and Chief Executive of the Catholic Education Commission of Victoria.