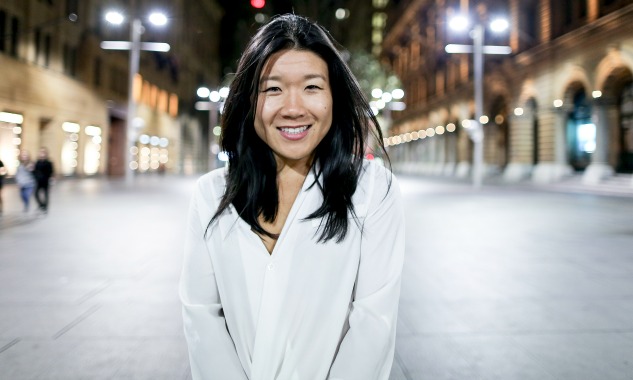 We open a magazine and see a young girl staring blankly into the camera, silently asking the audience to imagine the unthinkable horrors she has endured; we turn on the television and see a mother holding her child, tears running down her cheeks and a voiceover telling us her baby will die without adequate food and immunisation.

If you haven’t already turned the page or switched channels, there comes “the ask” – “Give now and make a difference to the lives of those less fortunate”.

It’s a familiar campaign, and these types of advertisements have been running for as long as I can remember. When I was growing up in the early 1990s without access to the internet on the scale we take for granted now, these images gave people a window into what millions of men, women and children were experiencing in war-torn, developing countries.

Unstable governments, broken economies, a lack of education and gender inequality were rife, and these ads worked to communicate the need to help. Money flooded in. Children were sponsored for “just a $1 a day”, and these campaigns were considered a huge success.

So, this was a good thing, right?

These charities were working to help solve complex issues like extreme poverty and human trafficking, so did the need for long-term funding justify the means?

Fast-forward to the present day, and there has been a significant shift in perspective from the NFP community. We now realise how quickly such campaigns can be sensationalised, and their potential to exploit and demean the subject.

It is easy to see why some NGOs continue to use this tactic to shock a relatively privileged audience into action. Fundraising in the charity sector is becoming harder and harder. With so much choice, compassion fatigue is rife, so where do you even start?

In such a fragmented marketplace, advertisers have mere seconds to capture attention, while charities need this same audience to pull out their wallets and donate. So, how does the NFP sector reinvent itself to encourage people to care?

In 2008, I read a heart-breaking story of a woman sold into the sex trade as a young girl. It was the story of Somaly Mam, who became the face of the anti-human-trafficking movement globally. I was so moved by Somaly’s story I started an NFP called Project Futures to raise funds in Australia for the three safe houses she ran in Cambodia.

This woman’s story inspired me to use my time, skills and networks to support her work, but our approach to fundraising was always about empowering people to take action in a positive way. We did not move our cause forward by making our supporters feel guilty.

As my own story gained traction in the Australian media and our presence and fundraising potential grew, I met with other organisations dealing with human trafficking in Australia. They faced the same ethical dilemmas, having to balance creative fundraising campaigns with real-life victim stories.

It is an appalling and horrific issue to think about, and hearing stories of what young girls can be subjected to made me even more determined to act.

But, as the years went on and I listened and learnt about the issues surrounding informed consent, I realised there is more at stake in these campaigns. Children under the age of 18 cannot legally consent to having their story told, as in the eyes of the law they do not fully understand the possible long-term ramifications of their decision.

These photographs and videos once circulated are available anywhere. The impact of this on a child or survivor forced to relive that trauma in a public forum can have serious and long-term consequences on their mental health and wellbeing.

Using victims and survivors in this way is a short-term fix to a much larger issue, and if we continue to treat donors like they don’t or won’t understand the greater complexity of the problem, the longer it will take to solve these issues.

One way Project Futures has worked to address this issue is by funding the Freedom Advocates Project in collaboration with one of our impact partners, The Salvation Army’s Trafficking and Slavery Safe House. This program provides a platform for survivors to share their experiences in a safe and supported way. The program has the dual benefit of empowering the individual, while also empowering and educating the broader community about human trafficking and slavery in Australia.

I believe the next generation is moving into a new era of optimism versus cynicism. People are seeking out and sharing more positive news stories, and they are actively looking to understand and celebrate the long-term goals of NFPs.

With 24-hour news cycles and the internet at our fingertips, we are all aware of the horrific and tragic events happening around the world. So if we can stay focussed on the outcomes and educate donors on the holistic approach needed to solve complex issues, positive results will naturally follow.

The developmental aid world is constantly changing and evolving as we grow our knowledge and understanding of the human condition. As the founder of a growing NFP organisation, it can be really unclear where to draw this constantly blurred line between short-term need and long-term solutions.

The immediate need is always easier to sell than the long-term outcomes, but I hope that donors reading this will realise the power they have to change the conversation, too.

Marketing on a budget