Australian not-for-profits concerned about the future

CEOs from 362 not-for-profit (NFP) organisations were surveyed about their views relating to funding, people, meeting demand and the state of their relationships.

The results of the survey revealed that:

Mark Reading from PricewaterhouseCoopers, which conducted the survey in conjunction with the Centre for Social Impact says, “This is an important survey as it presents how NFPs are faring and measures confidence levels regarding the sector’s ability to meet its immediate and future demands.

“The reality is that NFPs are relied upon to provide more, not less, services across the nation. In difficult economic times, it’s important to ensure they receive the support from business and government to provide these critical services,” says Reading.

The Centre for Social Impact CEO Dr Andrew Young highlights that NFPs will play a bigger role as Australia’s economic pressures increase. According to Young, it’s forecast that between 2010–2050 the amount of government revenue spent on ageing will jump from 25 per cent to 50 per cent.

“Governments are increasingly working with Australia’s NFPs to deliver services to society. Many of these organisations are working with some of the most vulnerable people in our community.

“In spite of the significant funding reforms in disability and education, and in spite of the relative strength of our economy by international standards, the sector is unconfident about its future. We need to plan for the sector’s future now if we are to deal with the challenges of the coming decades,” says Young. 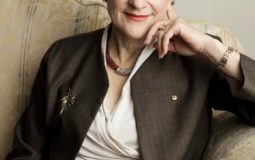