The Foundation for National Parks & Wildlife (FNPW), the charity partner of Australia’s National  Parks, has won Australian Charity of the Year 2021 as part of The Australian Charity Awards. The Award recognises FNPW’s commitment to preserving Australia’s wilderness and wildlife, in particular its bushﬁre recovery efforts following the devastating Black Summer.

Operating for over 50 years, FNPW funds conservation projects across Australia to safeguard natural Australia for future generations. The Foundation has been instrumental in supporting the acquisition of over 630,000 hectares of land for National Parks and has supported both wildlife carers and Australia’s native wildlife through its Wildlife Heroes program, supported by the Commonwealth and NSW Government.

Following the devastating impact of the 2019/2020 bushﬁre season, the Foundation for National Parks & Wildlife established its ‘Bushﬁre Recovery Nursery Project’ with the mission to plant one million trees in bushﬁre affected regions across Australia by 2025. The team, with the support of partners L’OCCITANE  Australia and One Tree Planted,  provides grants to expand existing community nurseries and support organisations to propagate native plants for erosion prevention and habitat restoration. To date, nine Bushﬁre Recovery Nurseries locations have been launched, with more to come. 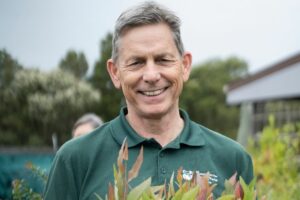 FNPW’s Chief Executive Ofﬁcer Ian Darbyshire said, “We are so honoured to be acknowledged as Australia’s Charity of the Year. Our passionate team works tirelessly to ensure we continue on our mission of growing national parks and saving endangered species.

“We are deeply thankful to our partners, supporters and the many volunteers who have supported us in launching the Bushﬁre Recovery Nursery project by planting trees towards bushﬁre regeneration and overall, making a positive contribution to the wider community.

The Foundation for National Parks & Wildlife has achieved many milestones in our 50 plus years in Australia. It has and always will be our mission to support the conservation of Australia’s wilderness and wildlife for future generations.”

Tags:
Previous Article
10 years of ending isolation for young people with autism in Australia
Next Article
Christmas hampers: more important than ever