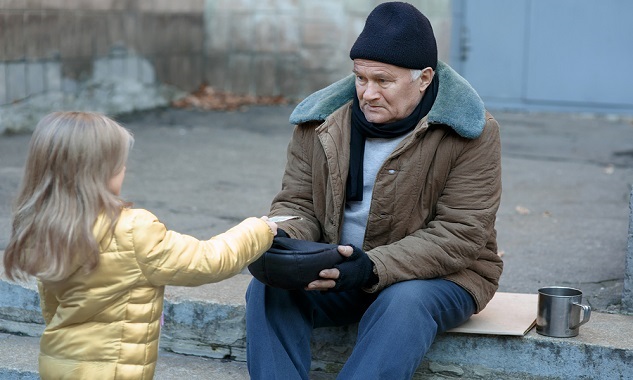 During this summer’s record heat waves, the State Government declared what’s called a Code Red – this unlocks a range of additional support for homelessness services to keep their doors open and the air-conditioning on for longer. In wintertime we declare a similar Code Blue when the temperature drops.

It seems curious that we prioritise supporting some of our community’s most vulnerable when it’s hot and cold. But we don’t put this same effort in all year round. Why should support for the homeless be subject to the whims of the weather?

We need to declare Code Zero to prioritise dealing with street homelessness all year round.

And rather than just provide shelter, we should provide homes. Support can’t just come in the form of housing. We also need to help turn this housing into homes and properly support people to stay there.

Thanks to the collective efforts of all the many partners in the Adelaide Zero Project – the South Australian Housing Authority, the City of Adelaide, specialist homelessness service providers, community housing organisations, universities and businesses like the Bendigo Bank – we are now helping to place more of our city’s street homeless into housing than ever before.

With the data we are now measuring and releasing publicly each month, we know more about the people sleeping rough on our city’s streets than any other community in Australia.

The challenge we now face is one of priorities.

The word ‘homelessness’ doesn’t rate a mention in the recently released Federal budget measures paper. Not once.

Budgets are about priorities and supporting some of our society’s most vulnerable – the people living (and often dying) on the streets of our state’s capital city doesn’t seem to be a big enough priority. That’s a shame on all of us.

Through the Adelaide Zero Project we have asked the State Government for slightly less than one million dollars to try a range of initiatives to help us achieve Functional Zero street homelessness (Functional Zero being a measure of homelessness over time rather than at a point in time). Importantly, this includes measures to help people from becoming homeless in the first place. The City of Adelaide has already agreed to contribute an extra $200,000 if the State Government matches it.

We’ve also asked the Commonwealth Government for a one-off capital fund of $30 million to build the additional ‘social houses’ that we think are needed to help sustain Functional Zero street homelessness in our capital city.

$31 million to potentially end street homelessness in the inner city. It’s a lot of money, but in the context of other government priorities, is it?
• It’s the same cost as the proposed International Centre for Food, Hospitality and Tourism at Lot 14.
• It’s roughly double what’s promised to the Adelaide Crows to move their headquarters into the city.
• It’s the cost of about 30 metres of tram tracks.
• It’s a rounding error in the context of building the future submarines.

One of the most powerful reasons for government to prioritise this is that the cost of not taking action is greater to taxpayers than paying for workable solutions to end homelessness.

Even the most hard-headed bean counter would recognise the significance of this cost difference. People used $13,100 less in government-funded services each when securely housed, compared to the services they received when sleeping on the streets.

This doesn’t take into account the costs to city businesses of people sleeping in their doorways. None of this, of course, measures the most important cost – the toll it takes on human beings, measured in significantly reduced life expectancy. Homelessness is literally killing people on our streets.

There are no simple solutions to homelessness. It’s a complex problem, but the biggest cause of homelessness is ignoring it.

We need to declare Code Zero on street homelessness and make it a priority – all of us – governments, businesses, communities and individuals. The Adelaide Zero Project is a vehicle for doing just that.

Louise Miller Frost is the Co-Chair of the Adelaide Zero Project and CEO of Catherine House.