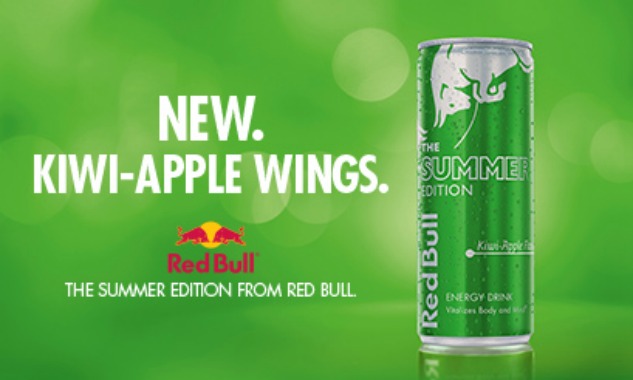 Now consumers can enjoy another fresh twist on the classic taste of the world’s number one energy drink brand! Red Bull Australia announces the launch of the new Red Bull® The Summer Edition with the taste of kiwifruit and apple in August 2016.

In July 2016, Red Bull soft changed this product in into the permanent line, The Tropical Edition across Australia. The Editions from Red Bull® and launch of the NEW Red Bull® The Summer Edition will continue to address this consumer need of TASTE and shopper need for NEW. Red Bull® The Summer Edition is a new Red Bull® Energy Drink with the same key ingredients but a new taste and is for anyone who needs wings. Red Bull® products are appreciated worldwide by top athletes, students, busy professionals and travellers on long journeys.