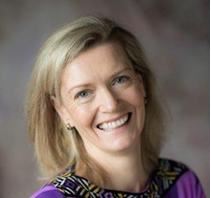 The new CEO of Optia Incorporated, Campbell, is also the Director of the Tasmanian Council of Social Services and is involved with the Hobart Special Olympics Football Team.

Geddes, who is the new CEO if the Australian Charities Fund, has spent much of her career with Sony Australia Limited where she was practically and strategically involved in the success of the Sony Foundation.

The board of Parkinson’s Victoria welcomes Collin as its new CEO. Collin was previously the Executive Manager of Carer Representation and Engagement at Carer’s Victoria, where she was responsible for securing government, philanthropic and community support and investment for key issues and programs for caring families.

Third Sector wishes Campbell, Geddes and Collin all the best in their new roles.