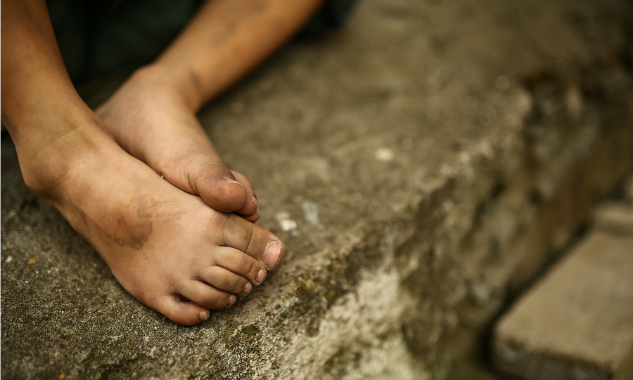 Australia has been urged to target more foreign aid at children caught in a “silent epidemic” of violence and abuse in the Pacific.

A report delivered to the United Nations shows more than 70 per cent of children in eight Pacific nations face violence at home, in the guise of extreme discipline.

This violence is most prevalent within Australia’s closest neighbours, Papua New Guinea and East Timor, where three quarters of children have experienced abuse.

More than half of all sexual violence reported to clinics in PNG’s capital Port Moresby involved children. And 27 per cent of parents and carers admitted beating their children “over and over as hard as they could”.

Based on research from children’s aid groups, the report revealed the sheer scale of the Pacific child protection crisis.

Save the Children said more targeted aid expenditure was needed to address the epidemic.

“As the largest aid donor to the Pacific, Australia must lead by example and continue working closely with Pacific governments on this,” its head of policy, Kavitha Suthanthiraraj, said.

Australian taxpayers give PNG more than half a billion dollars in aid each year.

But the not-for-profit groups said just 0.1 per cent of Australia’s Pacific and East Timor aid budget in 2017 was spent on programs addressing violence against children.

Overall, foreign donors spent a total of $3.4 million on the issue.

Children who face violence and abuse often suffer from serious physical and mental trauma, unwanted pregnancies and sexually transmitted infections. It can also stunt brain development which affects concentration and their ability to read and write.

On a positive front, Child Front Australia chief executive Nigel Spence said there had been improvements at the community level with a growing number of grass roots programs.

“These include initiatives to change cultural norms in rural communities, school education programs which focus on respectful relationships, and the establishment of safe houses for women and children,” Spence said.

But World Vision chief executive Claire Rogers argued that with the effects of abuse lasting well into adulthood, it was time Australia put children at the heart of its development programs.

“Every child deserves to feel safe at home, at school and in the community,” Rogers said.