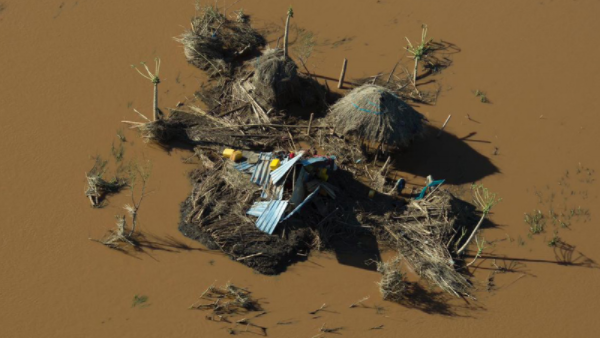 Rich countries’ latest climate finance plans still fall short of the $100 billion target they committed to in 2009 and contain a woeful lack of detail, predictability or clarity regarding delivery and timeline for future funds, analysis from CARE has found.

CARE has analysed the most recent official finance plans that developed countries submitted under the Paris Agreement and found that despite vocal pledges of support for vulnerable countries from the G7 and other wealthy nations, the actual information submitted by all 24 assessed donors falls well short of what was requested and is nowhere near a roadmap that ensures rich countries deliver on their climate finance commitments.

John Nordbo, senior climate advisor from CARE Denmark and one of the report authors said: “Over ten years ago, rich countries agreed to take some sort of responsibility for their climate damaging high emissions and collectively committed to raise $100 billion per year in additional funding from 2020 for climate adaptation and mitigation in developing countries.”

Currently, only 25 percent of international climate finance is spent on adaptation and CARE’s new report shows that a 50/50 balance remains out of sight, with only two countries (Ireland and New Zealand) recognising that adaptation objectives are severely underfunded and stating they will target adaptation over mitigation in the coming years.

CARE Australia CEO Peter Walton said: “The world’s richest nations are failing their neighbours. This list shows that their promises to help those who are already being affected by climate change are hollow. We need to do more, and we need to do it now.

“Women, people with disabilities, older people, and those living in extreme poverty are frequently the most negatively impacted by climate change, and they are the most affected by our collective refusal to do enough.

“The humanitarian system is already stretched to capacity in a world where conflicts can last for more than a decade, more people are displaced than at any time since World War II, and environmental disasters are more frequent and more severe. Climate financing is not only fair, it is necessary to prevent even worse impacts striking those who are least able to cope, especially women.”

Chikondi Chabvuta, Southern Africa Advocacy Lead with CARE Malawi, said: “Developing nations are experiencing an increased frequency and magnitude of disasters and are unable to cope, let alone thrive. If no clear finance roadmap is in place, poor countries will continue registering deaths from climate induced disasters and the world will continue to be unequal, because this is not just about numbers, it is also about people’s lives.

“Climate finance should not come as part of Official Development Aid, which is urgently needed to fight poverty, but must be additional and targeted for adaptation and loss and damage,” Chabyuta said.

According to the OECD, wealthy countries’ support for climate action in developing countries is at least $20 billion below the $100 billion a year they committed to over a decade ago. This means there is an urgent need for them to deliver increased climate finance in the near future.

CARE’s Hollow Commitments report provides a detailed analysis of all submissions from 24 countries and ranks them on a points system. Luxembourg and Sweden top the table but there is still room for improvement in their ex-ante reporting, with both countries only scoring around half of the possible points. At the bottom of the table, five countries received no points at all (Austria, Greece, Japan, the Czech Republic and Slovakia) indicating that their reports are extremely poor. 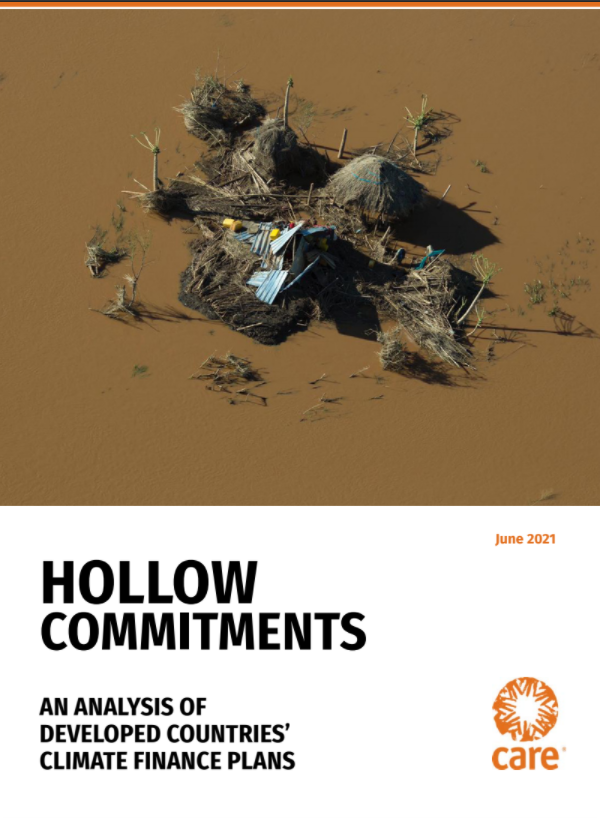 Leading NFP pushes to turn #MeToo movement into legal change in the workplace
Naomi Neilson May 31, 2018