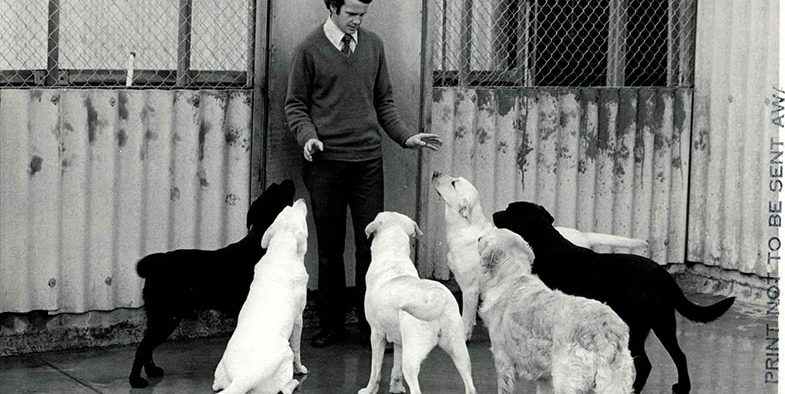 Guide dog instructor John Gosling AM, often referred to as the “Elder Statesman of Guide Dogs” in Australia has been honoured with a Member of the Order of Australia (AM) for significant service to people who are blind or have low vision. The award comes as he celebrates 50 years of working with Guide Dogs Victoria.

At the age of 16, John already decided that he would spend his life working with Guide Dogs but had to wait six years for the then minimum application age of 22. In that time, he was called up for national service and served in Vietnam. He even wore his army uniform to his Guide Dogs interview upon his return, hoping that it would help secure him the job.

When asked what he is most proud of from his half-century tenure, the guide dog instructor doesn’t point to one single personal achievement. Instead, he says, “It’s the freedom and independence Guide Dogs help bring to people with low vision or blindness. Experiencing the trust Clients place in our staff and in our beautiful, dedicated dogs is a real honour.”

Reflecting on his legacy, he also takes great pride in the dedicated teams of Guide Dog Instructors and Orientation and Mobility Instructors he has helped train and guide through their careers. “These people are now based all around the world in the UK, Asia, Scandinavia and USA, and also here in Australia making a difference,” John says.

Tags:
Previous Article
Charity to build 125 bedrooms for homeless youths by end of 2021
Next Article
New CEO ready to step up the fight for a future free from blood cancer

New CEO ready to step up the fight for a future free from blood cancer
Paulo Rizal January 29, 2021