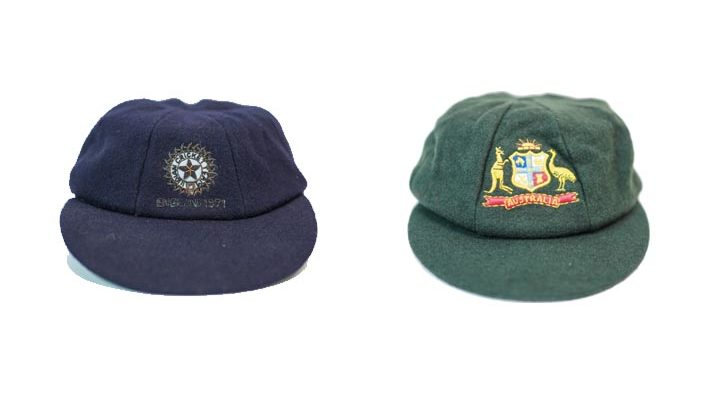 The Sydney Children’s Hospitals Foundation is hoping two cricketing greats will provide an injection of funding thanks to an online auction of merchandise.

The two items are being kindly donated by Steven Nasteski, an Australian art dealer who purchased the items from The Sir Geoffrey Boycott Collection auction last year.

Nasteski says he recalls the endless summer of watching cricket listening to Benaud, the Chappell brothers, Lawry, and Co. was almost as synonymous as hearing cicadas late in the evening.

“My first real experience as a six year old was watching Chappell, Lillee, and Marsh play in the Series vs. India in 1981. Gavaskar was at that time the great Indian cricketer revered at home. God like. Greg Chappell also revered in Australia,” Nasteski said.

“I thought I could bring the two great leaders of their day together by purchasing and donating these two Caps for the benefit of all small children in my home town of Sydney. Children deserve the best healthcare possible and I’m hoping this contribution will help achieve this,” he said.

“These caps hold great value in the cricketing community and thanks to Mr Nasteski’s generosity, they will soon gain even greater significance for sick kids and their families. Funds raised through the sale of the caps at this auction will help to fund world-class paediatric research and clinical excellence so that children can live their healthiest lives, and that is a priceless gift,” said Nicola Stokes, CEO at Sydney Children’s Hospitals Foundation.

The auction of the cricketing merchandise is being managed by Australia’s leading marketplace, Pickles, who managed the record-breaking sale of Sir Donald Bradman’s Test debut baggy green late last year. Pickles also managed the auction of Shane Warne’s No. 350 baggy green last January, resulting in more than A$1m being donated to the Red Cross Bushfire Appeal.

“We’re thrilled to take stewardship of Mr. Nasteski’s generosity. Both items will be available for sale individually via an online auction at Pickles.com.au,” said Pickles spokesperson Shaquille Ali.

“The sale of these two wonderful parts of history will help the Sydney Children’s Hospitals Foundation do what they do best; improve and help the lives of small children in my great city whilst give a potential Australian or Indian cricket tragic a chance to own something of incredible importance,” Nasteski said.