Why we need to stop talking about converting likes into dollars 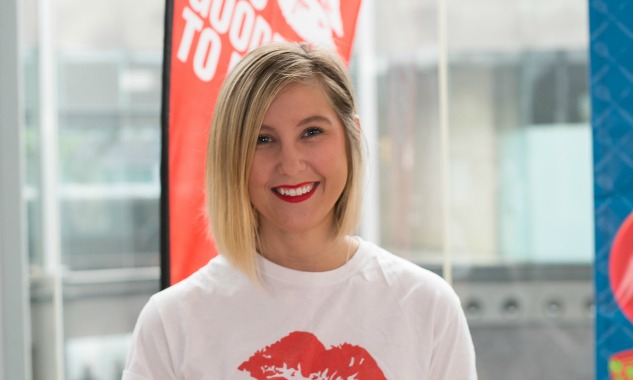 Social media has the ability to transcend geographical boundaries, level the playing field between large and small organisations and build communities of people who may never physically cross paths. For the not-for-profit sector social media offers the chance to build personal relationships, cementing their place in supporter’s day to day lives. Social media allows organisations to connect with tomorrow’s donors, sharing their world-changing messages with a younger audience, who are notoriously difficult to connect with.

The good news for the sector is that social media is one of the most cost effective marketing tools available. It offers the chance to build a positive brand reputation and receive feedback, with minimal financial investment. The average Australians owns 3 internet-enabled devices, and last year, for the first time, smartphones eclipsed desktop computer use. Now, more than ever, social media offers organisations an invitation into our supporter’s homes, access to their commute and even the chance to connect over lunch.

Many of us know how to tweet, like and share a post, and even those who aren’t personally on social media recognise the power that it holds. But as a sector we don’t always take social media seriously. Often there is an assumption that Facebook, Instagram, Twitter and LinkedIn should be doing the hard work for us. Many organisations set up a Facebook page, upload their logo as the profile picture, and then sit back and wait. And when the donations don’t come in, we begin to hear phrases like ‘why haven’t we converted these likes to dollars’. What we should be asking is how can we embrace social media as a marketing tool, and use it to our advantage.

In the not for profit sector hard work is ingrained. Of all industries, this is an industry that is not afraid to get their hands dirty, and while social media is simple and free to use, this doesn’t mean there is an easy way out. We still need to put the hard work in to get results. Research has shown Australians are most likely to engage with meaningful content, and this content is what not-for-profit organisations do so well.

The 2016 Sensis reports that Australians are now spending 12.5 hours per week on Facebook and accessing the platform 32 times a week. There is no doubt that social media consumes a large percentage of Australian’s free time, and organisations can’t expect to invest minimal effort and count the dollars coming in. In the same way you can’t expect to set up a fundraising registration website and wait for your supporters to simply sign up.

There are 15,000,000 monthly active Facebook users in Australia. That is an audience of approximately 61% of the population. And considering that people over 80 are typically not engaged by social media and those under 13 are prohibited from signing up, social media offers coveted access to a younger audience.

Organisations who don’t invest in social media are failing to secure the future of their communications, while those who have invested are seeing incredible results. MS Research Australia’s fundraising campaign ‘Kiss Goodbye to MS’ currently has 82,000 likes on Facebook, despite there only being 23,000 people with MS living in Australia. The page has become a supportive and uplifting community of mostly young women. MS Research Australia now use this community to encourage people to fundraise, equating to approximately $1 million raised each year.

Movember who have 77,000 Facebook followers and 78,000 Instagram followers, are another example of an organisation who have leveraged the power of social media to their advantage to not only gain traction for their cause, but to start a new social trend. This campaign which is built on the viral nature of social media has developed from a group of 30 fundraisers, to more than 5 million fundraisers in 14 years.

While viral campaigns are examples of the power of social media, there are simpler things organisations can do to improve their digital footprint, and ultimately increase revenue. The first step is to begin to look at social media as a crucial component in the organisation’s overarching marketing and communications plans. Organisations who have social media success are recognising the power of Facebook, Instagram and Twitter and leveraging it to their advantage.

Social media platforms are a unique opportunity for two way communications with audiences, allowing relationships to build. Disseminating information, and posting paragraphs with jargon will not engage, rather conversational tones and allowing the ‘voice’ of the organisation to be heard will build personal connections. By avoiding technical language and stock images and developing a personal voice charities will begin to build a community, and at the same time develop invaluable brand awareness.

Facebook wants businesses and organisations to succeed, and offers a range of tools designed to get the highest return on investment possible. Any marketer knows the value of analytics and this is no different when it comes to social media. Understanding the demographic that is engaged, what the audience react to, and what time of day they are online will help you build an engaging social media strategy. All of this information can be found in simple English on the ‘insights’ tab of your Facebook page. Kiss Goodbye to MS has a largely female audience, as MS is a female disease with the average diagnosis age of 30, and so the ‘voice’ behind the page is overwhelmingly feminine. That is, posts are written with an excited tone, featuring stories that women with MS can relate too.

Similarly, Hello Sunday Morning, an organisation that’s mission is to change the world’s relationship with alcohol, successfully tailor their Facebook and Instagram posts to capture the attention of the young adult audience that they are targeting. Posts are frequent, and feature photographs of active young Aussies embracing their weekends.

Studies show that we retain 80% of the images we see, yet only 20% of the words read. Pictures demand attention and the right photograph will tell a story. While the words that are tweeted will always be important, it is essential equal consideration is put into finding perfect image. Images of real people tell powerful stories, and positive images are more likely to resonate. The organisation ‘Thankyou’ curate their images with such pointed attention to detail, resulting in an Instagram feed that would make corporate with an endless budget envious. Thankyou’s series of beautiful photographs of people enjoying clean water and cleverly designed artwork make their posts impossible to scroll past.

The Twitter, Instagram and Facebook algorithm are complex and sophisticated but there are simple ways to boost your likelihood of posts being seen, like posting regular video content and replying to messages and posts quickly. These elements are important but the most effective way to boost your reach is to entice people into liking your posts. The way to do this is refine the pages ‘voice’, choose images with consideration and knowing who your audience are. Developing these elements will build social media traction growing brand reputation, which will ultimately convert into donations.

No one will ever perfect it, there will always be mistakes and there is no secret formula. But that is the exciting thing about social media for not for profit organisations! These platforms which Aussies are engaging with 32 times every single week, offer us the chance to show who we really are, to have a loud voice, and to share our world changing messages.

Tags:
Previous Article
The importance of data managment for NFPs
Next Article
Finding purpose in energy