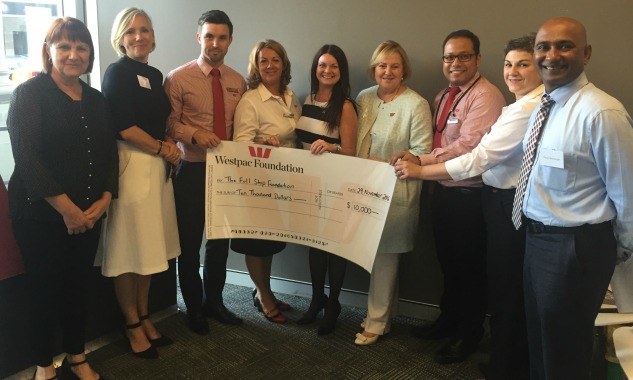 To celebrate Westpac’s 200th anniversary, Westpac Foundation will double the amount of Community Grants on offer this year, providing 200 grants worth $10,000 each. This is the Foundation’s largest Community Grants program ever, to help local community organisations around the country work towards a fairer, more inclusive Australia.

A record $2 million in funding is now available, and not-for-profit organisations that seek to tackle complex social issues by providing education, employment opportunities and improving the quality of life of Australians experiencing disadvantage are encouraged to apply.

In its sixth year, the Westpac Foundation Community Grants program has previously helped to deliver employment pathways for refugees and asylum seekers, support those experiencing homelessness, and provide employment opportunities for Indigenous Australians. The Grants have also helped provide safe refuge for women and youth who are suffering violence at home and assisted people living with disabilities or mental illness, as well as the carers who look after them.

Sinclair Taylor, Westpac Foundation CEO, said Westpac has a long and proud history of supporting all Australians, and is celebrating its 200th anniversary by doubling the amount of grants in 2017.

“This year, we’re thrilled to double the amount of grants with a record $2 million in funding to help create brighter futures for Australians who are experiencing disadvantage by backing the local community organisations who support them,” Taylor said.

“For the first time, we are also asking Australians to get behind their local community and nominate a not-for-profit organisation they think would benefit from  a Westpac Foundation Community Grant. These Community Grants are our way of ensuring local organisations can continue to help those that need it most.”

Applications and nominations are open until 5pm AEST on Friday, 9 June. For the first time, Westpac Group employees will vote and help select the 200 Community Grant recipients. Recipients will then be approved by the Westpac Foundation Board and announced on 18 September 2017.

Tags:
Previous Article
Directors confident ahead of budget
Next Article
The young leader making an impact on environmental NFPs

The young leader making an impact on environmental NFPs
Gali Blacher May 2, 2017