The Fred Hollows Foundation and 25 organisations have joined forces to stand in solidarity with Aboriginal and Torres Strait Islander Peoples to call for a First Nations Voice to be enshrined in the Constitution.

Ahead of the May federal election, the Coalition of Allies consisting of international NGOs, corporate partners, Close the Gap campaign members and eye health peak bodies has released a statement advocating for the Uluru Statement from the Heart to be implemented, including its call for a First Nations Voice to Parliament.

The public communique emerges from an ‘Activate for Uluru’ event held on Thursday 24 March where CEOs and leaders of the organisations met to discuss their support of the Uluru Statement. 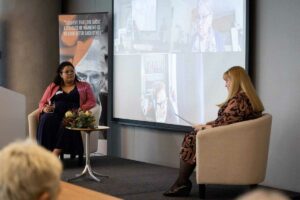 “The charity sector is uniquely positioned to stand as an ally alongside Aboriginal and Torres Strait Islander Peoples,” Ms Madden said.

“More than any other sector, we deal with the grievous impact of intergenerational trauma. Every day we work with Aboriginal and Torres Strait Islander organisations and services who support those are leading the way in righting the wrongs of the past and providing much needed culturally responsive health care.

“For civil society, going beyond performative allyship is a moral imperative. We cannot let our First Nations Peoples bear the responsibility of fighting for basic human equity. We must be beside them and amplify their calls.

“Fred Hollows once said the greatest challenges weren’t personal challenges, but structural ones. We must challenge systems, processes and decision-making structures to prioritise and amplify Aboriginal and Torres Strait Islander voices. 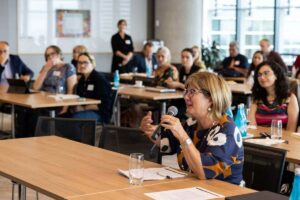 “Ahead of a federal election, there’s no better time to put this firmly back at the top of the agenda and urge individuals and businesses to take action too.

“We call on all political parties to commit to a referendum on a constitutionally enshrined First Nations Voice in the next term of Parliament. A Voice to Parliament is a fair, practical and unifying reform. And it is long overdue.”

The Fred Hollows Foundation is the charity sponsor of the 2021-22 Sydney Peace Prize, which will be conferred in November 2022 to the Uluru Statement from the Heart. The Foundation has a long history, stemming from Fred himself, of advocating for social justice and working to close the gap in eye health.

Tags:
Previous Article
Grants available for Volunteer Emergency Services in Black Summer impacted areas
Next Article
The Connections Forum: “Together We Are Stronger”

Centring the experiences of BIWoC this International Women’s Day

The Connections Forum: “Together We Are Stronger”
Lourdes Antenor March 29, 2022