As of March 10, 2022, Good Neighbours had conducted its first distribution of emergency food items to Odessa and Reni regions in Southern Ukraine, including ten tonnes of flour, 1.15 tonnes of pasta, four tonnes of maize, 800 kilograms of cooking oil, and 2.6 tonnes of sugar in collaboration with the local government. 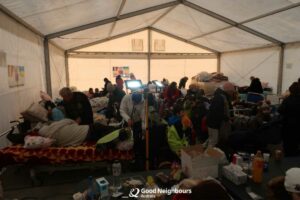 Good Neighbours is working alongside a range of local NGOs in both Ukraine and Romania, implementing their 30 years of professional experience in emergency response to meet the needs of refugees.

As the situation evolves and assessments on the ground are ongoing, refugees’ needs and Good Neighbours’ support plans are also likely to change. Currently, the appeal for donations is for two main causes: 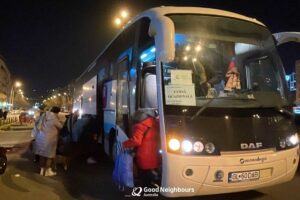 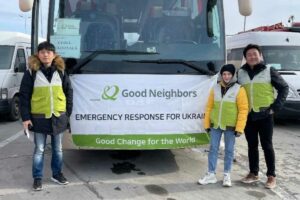 As a child rights and child protection organization, Good Neighbours is especially concerned about physical and psychological harm to children. More than 1.5 million children have fled the Ukraine as of March 15th. In other words, every day in Ukraine from the start of the war, more than 75,000 children have become refugees, according to UNICEF. Reported violations of the Children and Armed Conflict Mandate constitute heinous acts that duty bearers will be held to account for. Good Neighbours believes that no child should fear for their life nor see their future at risk.

Sylvia Lee, Executive Director at Good Neighbours Australia, said, “Our top priority is protecting children. In an emergency, everyone needs help, but children and women are the most vulnerable group. Good Neighbours knows how to deliver support in an efficient and effective way due to our 30 years of experience and expertise working on the ground with communities, local NGOs, local governments, and more.”

PCYC Queensland and Give for Good announces partnership for ‘Braking the Cycle’ program
Lourdes Antenor March 22, 2022