A coalition of educators, childcare advocates and health service providers in regional areas, including Royal Far West and Thrive by Five, has released a five-point plan for early learning reform in rural and remote Australia aimed at ensuring equal opportunity for city and country kids.

The Thrive by Five Rural and Remote Five Point Plan calls for the following urgent action from the Federal Government: 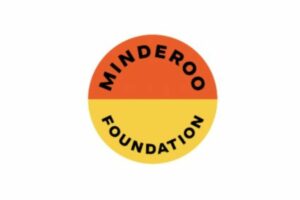 Established by Andrew and Nicola Forrest in 2001, Minderoo Foundation is a modern philanthropic organisation seeking to break down barriers, innovate and drive positive, lasting change. Minderoo Foundation is proudly Australian, with key initiatives spanning from ocean research and ending slavery, to collaboration against cancer and building community projects.

Royal Far West is a national charity dedicated to improving the health and wellbeing of country children. Royal Far West CEO Jacqui Emery said, “Every Australian child deserves access to high-quality and affordable early learning regardless of their postcode or their family circumstances.

“Prime Minister Anthony Albanese said he wants universal childcare to be part of the great Australian story and the five-point plan released today is the blueprint for understanding the specific needs and context for delivering early learning reform for children in rural and remote areas.

“Being born in the regions shouldn’t disadvantage any Australian child, hold back their development or make it tougher for families. Yet alarmingly, children living in rural and remote areas of Australia are twice as likely to start school developmentally vulnerable than city kids and this gap is widening

“For decades to come, the fate of rural and remote communities will depend on what the Federal and state governments do for our children now. We urge the Federal government to prioritise early learning reform in rural and remote areas and ensure it’s at the heart of the legacy they want to create on early education and care,” she said.

Thrive by Five Director Jay Weatherill said, “The evidence is overwhelming on the impact of good quality early learning in fuelling children’s development and giving them a good start in life.”

“Early learning can be a great equaliser for children, helping them start formal learning on an equal par with their peers.

“Women, children and families in rural and remote areas should not be disadvantaged in their access to high-quality early learning and support.

The launch of the Thrive by Five Rural and Remote Five Point Plan took place at NSW Parliament.

Tags:
Previous Article
Every 30-seconds, a person dies from a hepatitis-related illness
Next Article
Save the Children welcomes the High Court decision that revoking Australian citizenship is unlawful

Royal Far West again recognised as one of Australia’s best places to work
Lourdes Antenor May 3, 2022